Political Rhetoric: What to Watch for in the State of the Union

In case logic gets a little lost during tonight’s speeches (both the State of the Union and the Republican response), it might be useful to once again provide another little primer for those less familiar with political rhetoric. This may help sort through the nonsense.

First, if a politician says they favor “investing” in this or that government program, they really mean they want to spend more money (money the government really doesn’t have these days). When they do not favor the program, they’ll actually call it spending – but maybe add the adjective “wasteful” in front of it for the effect. 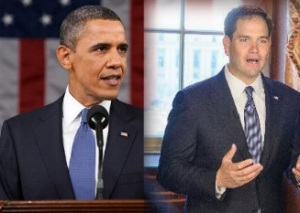 Second, notice the use of the word “access.” It’s one of the most used political catchphrases these days. When Party 2 says that Party 1 wants to deny Person X “access” to B, what that means in actuality is that Party 1 has no problem with Person X buying their own B, but it does not want to make a law forcing Persons Y and Z to pay for Person X’s  B.

Third, watch out when Party 2 says all of our problems are the results of Party 1’s policies, or vice-versa. That is seldom ever really the case. There is plenty of blame to go around to indict both parties.

END_OF_DOCUMENT_TOKEN_TO_BE_REPLACED

The Upside to Gridlock

With the House of Representatives soon to be under Republican control, the government will be divided. The two parties, divergent as they are on ideological grounds, will likely not compromise on much. Such leads to a situation often derided as “gridlock.”

Those on the left, right and in the middle opposed to such gridlock say it is not good for our country. They argue that it means nothing will get done. But given the amount of things done over the years that have added to our massive debt, there may be something to be said for government not doing anything.

Republicans may argue that this gridlock is not acceptable. Their argument is that they must gain the Senate and the presidency in 2012. Then, they can go through with their agenda. It’s an agenda they claim, as they have done before with no significant results, will mean an end to wasteful government spending and a reduction in both the size of our government and its debt. But many of those same Republicans, when asked over the last week since the elections, have been hard pressed to spell out what they specifically would cut to make a significant dent in the debt. All too often they have resorted to the old “cut discretionary spending” mantra. The problem with that is, discretionary spending only makes up a small portion of overall federal spending.

END_OF_DOCUMENT_TOKEN_TO_BE_REPLACED 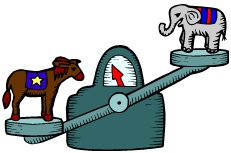 Why is this election cycle so controversial and heated? President Obama, in his infinite wisdom, has an answer:

Part of the reason that our politics seems so tough right now and facts and science and argument does not seem to be winning the day all the time is because we’re hardwired not to always think clearly when we’re scared. And the country’s scared.

Translation for us lowly voters: We’re dumb. This, unfortunately, is an all-too-often excuse for failure used by those who still believe they are wiser than most other people. It’s also a fairly common sentiment from progressives with a lot of formal education and little real-world experience.

[picapp align=”left” wrap=”true” link=”term=obama+fundraiser&iid=9954900″ src=”http://view2.picapp.com/pictures.photo/image/9954900/president-barack-obama/president-barack-obama.jpg?size=500&imageId=9954900&#8243; width=”234″ height=”176″ /]Imagine the type of arrogance it takes to claim that those who oppose you oppose you because their mental faculties are essentially compromised; they don’t want to listen to facts and science. If only they were to be guided by your rational arguments and adherence to facts, they would support you and your wise policies.

Professor Obama went on to note that the job of his political party was to “break through the fear and the frustration people are feeling.” Another translation: We need to make them comes to their senses.

END_OF_DOCUMENT_TOKEN_TO_BE_REPLACED

The latest tactic progressives are attempting is to scare voters into thinking that behind every conservative, Tea Party or Republican candidate or group are secret, foreign corporations and individuals propping them up with funding. The implication is that these ‘special’ interests represent a threat to our system of democracy.

[picapp align=”left” wrap=”true” link=”term=obama+mtv&iid=9952373″ src=”http://view.picapp.com/pictures.photo/image/9952373/obama-participates-mtv-bet/obama-participates-mtv-bet.jpg?size=500&imageId=9952373&#8243; width=”234″ height=”136″ /]Part of the issue stems from a recent Supreme Court decision, Citizens United v. FEC, in which the majority of the justices ruled that corporations have free speech rights in respect to their ability to fund political opinion. Many Democrats and progressives, including Obama, have at many times railed against the decision.

One group under attack is the U.S. Chamber of Commerce. Recently, there has been an effort to insinuate that the Chamber is backed by foreign special interests, despite little evidence to prove it. The Chamber’s head of government affairs has even asserted that the push to disclose donor information may be an attempt by the Obama administration to intimidate those who fund the organization. Other conservative-leaning groups, like Americans for Prosperity, have also come under fire from Obama and other Democrats desperately hoping to find a way to minimize the severity of their predicted election losses next month.

END_OF_DOCUMENT_TOKEN_TO_BE_REPLACED

Politicians are experts at ignoring economics. One of their favorite activities is to mandate price and service requirements from private companies and just expect that, like magic, all will be fixed. They seldom acknowledge the perhaps unintended, but yet inevitable, consequences of their wishful mandating.

The most pertinent example is the list of nice-sounding mandates on insurance carriers included in the new health-care ‘reform’ law. Many of them took effect this week.

All of these, of course, will add to the overall costs of insurance policies. There is a difference between “price” (how much is directly charged a consumer for a service) and “cost” (the amount of money required to provide the service).

END_OF_DOCUMENT_TOKEN_TO_BE_REPLACED

Thomas Sowell’s latest column points out a fact that is often lost on people who, quite frankly, do not understand the structure of the U.S. government. That fact is that spending levels are almost always the fault of the Congress, not the president.

He notes this to debunk the popular myth that our spending woes are largely the fault of the previous administration:

The party line that we are likely to be hearing from now until the November elections is that Obama “inherited” the big federal budget deficits and that he has to “clean up the mess” left in the economy by the Republicans. This may convince those who want to be convinced, but it will not stand up under scrutiny. No President of the United States can create either a budget deficit or a budget surplus. All spending bills originate in the House of Representatives and all taxes are voted into law by Congress.

Sowell goes on to note that Democrats controlled Congress before Obama was sworn in as president and Obama was a member of that Congress in that time period. He also points out that Republicans controlled the House of Representatives during the period in which former President Clinton was given credit for a budget surplus.

All of this is not to say that Republicans are guiltless — far from it. These simple facts do, however, put things into perspective — particularly in light of the constant harping from the current administration seeking to blame everything on their predecessors. The success of their attempts at blame is reliant upon the ignorance of voters to how our government functions.

In the run-up to the 2010 mid-term elections, Democrats have found a new slogan they hope will keep them in office. They, according to DNC Chairman Tim Kaine, are branding themselves the “party of results.” Here is a sample of the new sales pitch.

[picapp align=”left” wrap=”true” link=”term=tim+kaine&iid=3471921″ src=”2/9/7/5/48.JPG?adImageId=12707187&imageId=3471921″ width=”125″ height=”182″ /] Going further to lay on the meaningless political rhetoric, he claimed that “Americans will reward results rather than obstruction.” What results, exactly? Perhaps the recession that nearly became a depression (according to many politicians), bailouts, stimulus, health-care “reform” and a host of other budget-busting measures.

In short, the last four years of the “results party” in power has led to an expansion of our debt. All of this either means future inflation, future increased taxes or a combination of the two in order to decrease that debt — assuming politicians will eventually actually care about reducing the debt.

To be fair, runaway spending is not the fault of one party. But with political rhetoric as empty as this, voters who fall for it will have no one but themselves to blame for these “results.”