I think that section is in Article 8, right?

Obamacare: Bring on the Lawyers!

* The following was originally posted on the Young Americans for Liberty blog:

The newly passed health-care “reform” bill and the amendments to be made to it through the reconciliation process should be great fodder for lawyers around the country. ProPublica has posted a side-by-side comparison of the passed Senate bill and the proposed changes.

The most important form of litigation, of course, should be challenging the constitutionality of the bill. Besides its uncomfortable level of paternalism, “Obamacare” is in truth unconstitutional in several aspects — particularly the individual mandate.

Proponents will no doubt try to justify the bill using the two clauses in the Constitution often used by those seeking dubious justification for their expansions of government power: the commerce and general welfare clauses (both found in Art. 1, Sec. 8). Expansive interpretations of those two pieces of the document have been used countless times in the past to bolster the scope of the federal government’s authority to regulate and tax.

END_OF_DOCUMENT_TOKEN_TO_BE_REPLACED 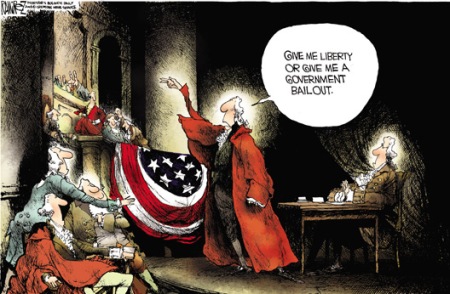 If Obama was a Founding Father 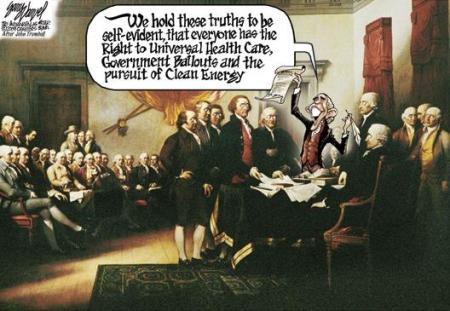